Farmworkers from the Coalitoin of Immokalee Workers were joined by religious groups, students and other supporters in three simultaneous marches through Tampa, Fla. demanding fair labor standards for farmworkers. These groups started at three different Publix grocery stores converging at the 1313 S. Dale Mabry Hwy Publix for a rally. The event was part of a multi-state "Do the Right Thing Tour" organized by the Coalition of Immokalee Workers in which they are asking supermarket chains to support labor reforms in Florida agriculture. Photo by James Branaman 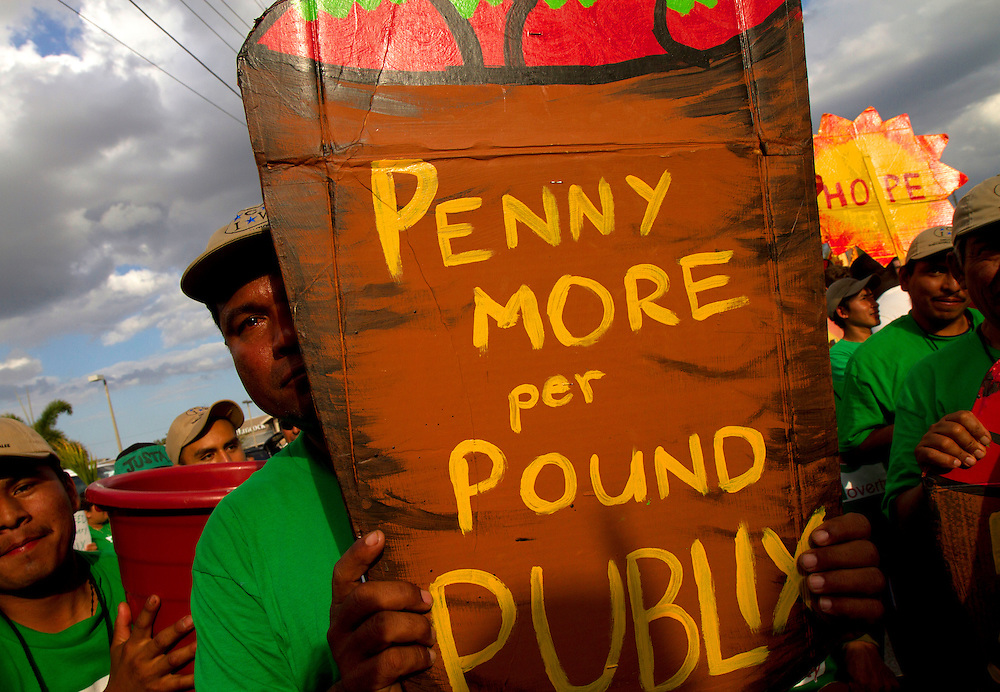