Caption:(Saturday 03/26/2011 St. Petersburg)Bob Devin Jones hugs Sonia Raymund as she accepts an award on the behalf of her daughter, actress Monica Raymund as The Studio @ 620 presents The 2011 Studio Honors, held at The Renaissance Vinoy Resort's Grand Ballroom. According to the studio, five awards were presented to "individuals who have contributed to the intellectual, artistic, economic, social and cultural aspects in our community and the larger world of which we are a part."..Summary:The Studio @ 620 presents The 2011 Studio Honors...Photo by James Branaman 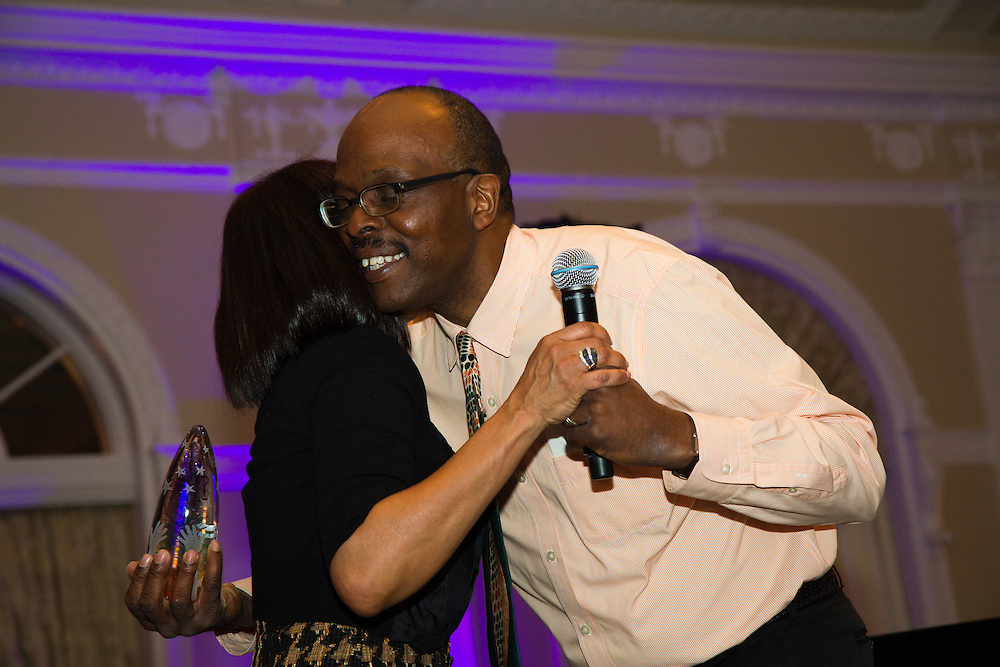