FREE_EckerdHallStillPainting..Caption:(Saturday 11/7/2009 Clearwater)The view from a large black box that artist Christopher Still had built to allow him to make sketches from the stage during performances. The box, along with many studies and paintings created during the project were on display during Ruth Eckerd Hall's unveiling of the commemorative painting "An Evening to Remember" by Christopher Still on Nov. 7. The piece was commissioned by the Hall to commemorate its 25th Anniversary...Summary:Christopher Still painting unveiling at Ruth Eckerd Hall...Photo by James Branaman 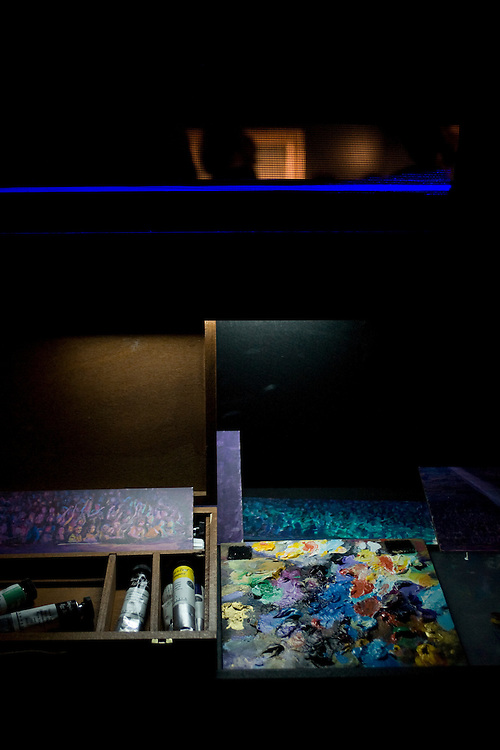